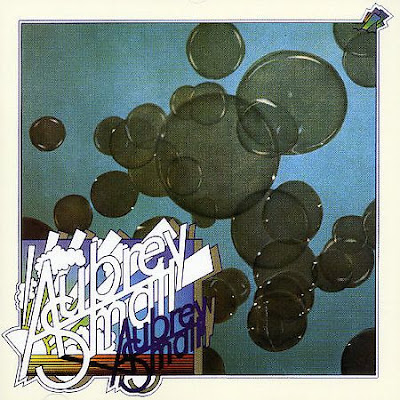 Background:
Aubrey Small was another extremely talented group in the long list of British progressive rock artists that appeared on the scene with much hope and promise and quickly disappeared without a trace. From England's south coast, gigs with Kevin Ayers, Free, Stackridge, ELO, Hawkwind and a UK wide tour with Supertramp failed to ignite much interest in Aubrey Small although copies of their only LP are a serious collector's item, but unlike many such albums this one is worth a listen or three.
The Songs:
What makes this record so enjoyable for this reviewer is Aubrey Small had a strong melodic sense. With one foot in progressive rock and a big toe in pop, this style of music always puts me in a good mood not to mention the obvious comparisons to late period Beatles and the wow-o-meter hits eleven. Throw in some Barclay James Harvest and Moody Blues influences and you have a quintessentially English record that is truly a delight to the ears. Favorite tracks include the haunting 'It's Morning', the 'All You Need Is Love' influenced 'Love On' complete with Pepper-esque strings and 'Smoker Will Blow' which takes on the Moody Blues at their own game and pulls it off admirably with delicate orchestration and cosmic vibrations. These highlights aside as a whole Aubrey Small's record is remarkably good throughout and a satisfying listen.
In Summary:
Recently reissued on CD from the Elegy label, it seems the group, or at least one member now relocated in France has claimed it's far from legitimate and has started legal action. Good luck with that. Aubrey Small has also been doing some reunion gigs at their old haunts by the sea in the last few months as well as recording some new material which is available on 'iSound'. While I can't say the recent stuff holds up very well in comparison to the debut, it's nice to see new life from a band that deserved so much better.
~ By glorydazemusic.
----------------------------------------------------------------------------------
Good, solid early 70's crossover pop-psych record. A fair amount of memorable hooks and instrumentation, recalling, at times, Joey Molland penned Badfinger songs, only with bits of trippy production surrounding them. I doubt anyone will jump up and down with joy over this, but true pop lovers will find much enjoyment scattered throughout these tracks.
~ By latenight (RYM).
----------------------------------------------------------------------------------
This little known UK progressive album from 1971 features a selection of well crafted melodic rock music with orchestration, multi-layered three part harmonies and strong guitar work. Mellow and heavier material combined to great effects. The bonus track "The Loser" was originally a single track.
~ By Lizardson.
----------------------------------------------------------------------------------
Aubrey Small came from the south coast of England, and made this album of commercial pop/rock in 1971. ‘The Loser’ is a good example of this style, although they do a nice take on laid-back guitar-based rock with ‘Country Road’, and a gentle ballad with just a touch of early Strawbs in ‘Gardenia’. ‘Trying To Find My Way’ is another jaunty pop/rock piece, while ‘For My Lady’ is a lovely ballad which ends up a being one of my favourites on the album. ‘It’s Morning’ is one of their more progressive efforts which works very well, while ‘Why’ goes in entirely the opposite direction with a country-tinged ballad. ‘Love On’ makes use of a brass band style horn section, although it is not anywhere near as bad as that sounds, but ‘Born To Be’ is a little too twee for its own good. ‘If I Were You’ has some great fuzz-guitar work, and ‘Smoker Will Blow’ is their most progressive effort, with liberal use of strings and a feel of trying to do something different. On the whole this is an extremely good example of Beatles-esque pop and rock, and the CD re-issue is well worth the investment if you like your rock on the melodious side.
~ By peterjolly.co.uk.