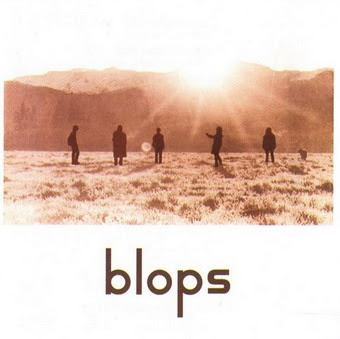 This is the debut self titled album from Blops. They had a pretty vanguardist proposal at the time. It was an experimental album of poetry and beautiful hippie rock that includes flutes, acoustic guitars, but also some electric guitar solos. Eduardo Gatti sings only on "Los Momentos" and "Valle De Los Espejos" both beautiful acoustic ballads. "Los Momentos" was the most popular song in Chile at the beginnings of the 70's along with Los Jaivas "Todos Juntos". It's quite funny the story about how "Los Momentos" got included in the album. Gatti wrote the song where he was on Europe at a clinic in Paris and he wasn't quite sure if the song was good enough to be part of the record, so he showed it to the rest of the band while Blops were finishing the recordings for the album. Everybody loved the song and it got included at the very last moment. Since that and even today it is one of the most remembered songs from those times and it's a classic that people keeps on singing it when someone at a friends reunion pick up a guitar in order to play it. but the album stands out for more than just "Los Momentos". It has wonderful melodies and great songs by one of the most influential Chilean bands of the 70's. In my opinion this album is better than their second one Del Volar De Las Palomas and it's quite different from the progressive rock album Locomotora which is also awesome, but has an entirely different sound.
~ by Multiverse (RYM).

THANK YOU ALL...
...BUT I HAVE TO DELETE THE DOWNLOAD LINKS!
DUE TO COMPLAINTS TO THE BLOGGER "BY INDIVIDUAL USERS OR SMALLER AGENCIES"
SORRY...