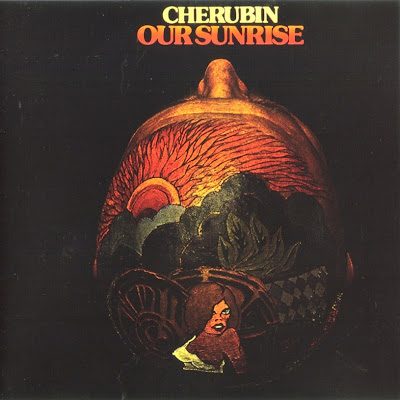 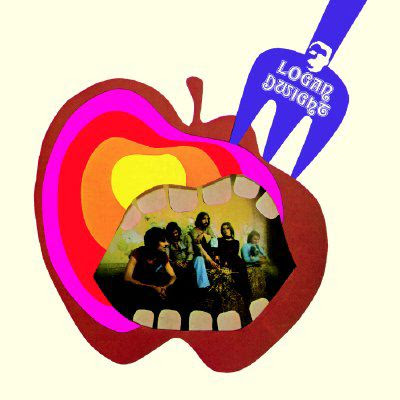 Reviews:
Logan Dwight formed in 1972, and in their brief career they released an album and a single.
The album opens with a very nice piece entitled, "Logan Dwight", which showcases the flute and
other instruments. The album successfully mixes rock, jazz and classical influences.
Guest artists featured here are Toto Torquati on keyboards and Carlo Tamponi playing the flute.
After their break-up, singer Federico D'Andrea joined Libra.
~ Taken from "The Return of Italian Pop" by Paolo Barotto (Vinyl Magic VM201, 8016158220124).
----------------------------------------------------------------------------------
History:
A band that only released an album and a single on the PDU label, along with Cincinnato this was one of the very few rock and prog releases by a label not so interested in these musical styles.
The trio composed by singer Donatella Luttazzi and guitarists Mereu and Ventura was formed in Rome in 1970, and under the name Genesi was signed to RCA subsidiary Delta, that gave them the chance to record some tracks for an album.
The three musicians were helped by bass player Claudio Barbera along with some experienced Scottish sessionmen who were then living in Rome, singer Alex Ligertwood (from Camel), keyboardist Mike Fraser and drummer Derek Wilson.
Their style was a R&B-tinged rock, and even organist Brian Auger, who was often in Italy, was so impressed by the band, that he offered singer Ligertwood the singer role in his new band Oblivion Express, and Genesi disbanded.
A new contract was found with the PDU label, and a new line up with singer Federico D'Andrea (previously appearing on singles by Manuel De Sica & gli Ancients, and Myosotis) was formed, the band being helped by drummer Jean Paul Ceccarelli and various studio guest musicians, including keyboardist Toto Torquati.
Their only album was released in 1972, sung in English and with the dual male-female voice interplay of Donatella Luttazzi and Federico D'Andrea, but also including three tracks (on a total of seven) taken from the 1970 sessions with the old Genesi line-up fronted by Alex Ligertwood. For this reason, the album is rather fragmented and not particularly original, bearing a strong resemblance of foreign models, especially some American mainstream rock, and is marred by orchestral arrangements in some tracks.
A good opening track, named Logan Dwight, was also released as a single, coupled with the orchestrated Moments of eternity.
After the band split, singer/guitarist Federico D'Andrea formed Libra.
~ http://www.italianprog.com/a_logandwight.htm.
Download links: 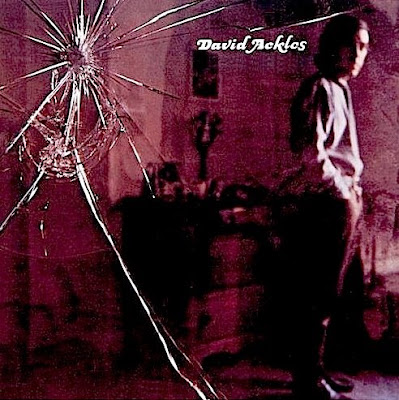 By the standards of any time during the last forty years, David Ackle's writing would stand pretty much alone. Leonard Cohen, in some ways, charts similar territory to Ackles. But the zones he sets his lyrics to must have seemed really perverse in the late sixties & early seventies when, as another reviewer astutely remarks, the nearest gifted equivalent was Jimmy Webb. Webb's star was on the rise though (through interpreters of his songs to be sure, pre-eminently Glen Campbell, as his own albums received much the same end as Ackles). his is the disc I've most often returned to though. 'Down River', Road to Cairo, & the awesome,'His Name Is Andrew'. Hardly a rollicking affair & none of it bouncing back into mind like the Webb catalogue with the perfume of the bouyant side of the 60s. Ackles was tuned to the darker undercurrent. For subtle nuance of lyric to piano, and range of feeeling in the darker, and tender zones of relationship, I feel he hasn't a rival. Comparisons, I note in other reviews, do injustice to Ackles, who is far less cumbersome.
~ (R.J. Moss).
----------------------------------------------------------------------------------
Review:
Road to Cairo (1970) is the parenthetical title that was given to David Ackles' debut by Elektra Records in much the same manner that the eponymous Elton John LP was referred to as "Your Song."
Although both artists have roots as singer/songwriters, Ackles' music is decidedly less pop-oriented and stylistically resembles Leonard Cohen and Tim Buckley with their darker and brooding melodies. Ackles' initial foray into pop music began as a staff songwriter for Elektra Records, which ultimately yielded him a multi-disc deal with the label. Although a far cry from being a bestseller, the title was universally lauded by hip music critics and likewise quickly became among the new breed of quiet and introspective artists to be prominently featured on "underground" FM album-oriented rock radio. "Road to Cairo" received significant airplay and became a minor hit not only for the author, but also for the Julie Driscoll-led version of Brian Auger & the Trinity. While the entire effort seems shrouded in a palpable, yet indefinable mood, the truly noir pieces -- such as the harrowing "Sonny Come Home" -- are complemented by the inviting "What a Happy Day" and the languid elegancy of "Blue Ribbons." The closest thing to an
uptempo number on this disc is the restrained camp of "Laissez-Faire." The exposition-laden lyrics are well suited for use as a show tune. Ironically, despite the midtempo attempt at jollity, Ackles' vocals negate the mood, dragging it into the delicate realm of dark comedy. His dramatic abilities no doubt hearken back to his days as a child actor as well as more concurrent studies in Edinburgh, where he obtained a degree in film and minored in theater as well as ballet and choreography. The combo on this release included a notable aggregate -- who were basically in-house Elektra musicians -- most of whom would go on to form the band Rhinoceros. Backing Ackles (piano/vocals) are Michael Fonfara (organ), former Daily Flash and short-lived Buffalo Springfield member Douglas Hastings (guitar), fellow Daily Flash bandmate John Keliehor (percussion), as well as concurrent Iron Butterflyconspirators Jerry Penrod (bass) and Danny Weis (guitar). They provide an even, if not somewhat uninspired, backdrop.
The artists' material and temperament would have arguably been best served in an even more sparse setting -- with Ackles accompanying himself, much in the spirit of Laura Nyro or early Tori Amos. That said, there is certainly much for the potential enthusiast to enjoy and is a
worthwhile christening of Ackles' talents.
~ Lindsay Planer, All Music Guide.

Julie Driscoll, Brian Auger & the Trinity - The Road to Cairo-Shadows of You (uk 1968) 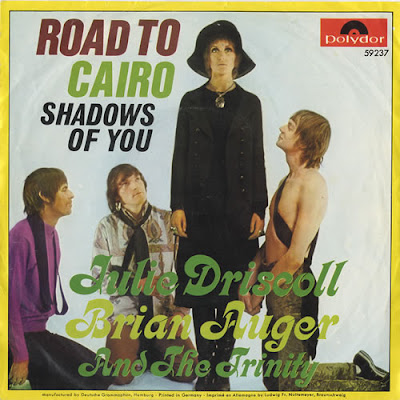 Notes:
Rim text starts with ''Made in Germany''.

Hey thanks for stoppin'
Are you headed down to Cairo?
I wrecked my Lincoln in Saint Jo
Why to little old Cairo?
No special reason
Look up some folks I used to know

Hey you got another cigar?
Son I sure like this car
Oh from your daddy as a gift
Say on second thought
There's gifts I haven't bought
Just drop me here
Thanks for the lift

I been travellin'
Gone a long long time
Don't know what I'd find
Scared of what I'd find
I can't I just can't walk down this road.
Download links: 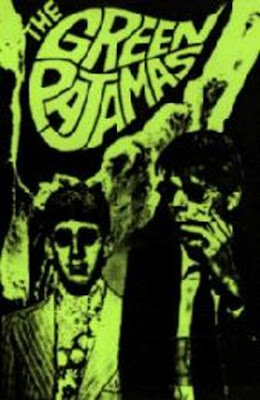 The neo-psychedelic band the Green Pajamas was founded in Seattle in 1983 by Jeff Kelly and Joe Ross. A lifelong music fan, Jeff Kelly began composing his first songs at the age of 11, forming a group called the Electric Garbage Cans; after his parents purchased him a reel-to-reel tape recorder, he spent his teenage years compiling literally hundreds of cassettes of original material. After graduating college, Kelly joined a new wave band dubbed the Larch; The year was 1983 when the Green Pajamas germinated in the minds of Joe Ross and Jeff Kelly after they met at a party and discovered a common interest in 60's psychedelia. With the Los Angeles "paisley underground" music scene of `83 spinning at full tilt, our fab duo decided to start a similar scene in their home town of Seattle. By spring of 1984 they had recorded and released a homemade cassette called Summer of Lust described by one U.K. journalist as "British-style psychedelia similar to Dukes of Stratosphear but moreoff-center and less pastiche. "
~ internet source.

Ετικέτες G, THE, The Green Pajamas 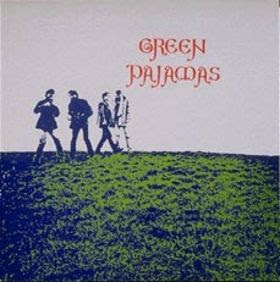 ” The Pajamas somehow manage to sound like holding two kaleidoscopes side by side and using
them as binoculars to see the future of rock'n'roll ”
~ Phil McMullen, Bucketfull Of Brains magazine, July 1987
---------------------------------------------------------------------
Biography:
The neo-psychedelic band the Green Pajamas were founded in Seattle in 1984 by Jeff Kelly and Joe Ross. A lifelong music fan, Kelly began composing his first songs at the age of 11, forming a group called the Electric Garbage Cans; after his parents purchased him a reel-to-reel tape recorder, he spent his teenage years compiling literally hundreds of cassettes of original material. After graduating college, Kelly joined a new wave band dubbed the Larch; after meeting Ross at a party, they formed the Green Pajamas, informed by their mutual love of the Beatles and inspired by the Los Angeles "paisley underground" community. After debuting in 1984 with the cassette Summer of Lust on the Green Monkey label, the group issued a flurry of tapes before recording its full-length debut, Book of Hours, in 1987. After 1990's Ghosts of Love, the Green Pajamas went on hiatus, and Kelly issued the solo LP Coffee in Nepal in 1991; finally, in 1997 the band resurfaced with Doctor Dragonfly as well as Indian Winter, a compilation of singles and compilation tracks. All Clues Lead to Meagan's Bed followed in 1999 and Seven Fathoms Down and Falling arrived in 2000. The following year the Green Pajamas released the In a Glass Darkly EP, which was inspired by J.S. Le Fanu's writing, as well as the full-length This Is Where We Disappear. A mishmash of discarded singles and outtakes, Narcotic Kisses was released in 2002 along with a full-length album, Northern Gothic. The band celebrated its 20th anniversary in 2004, commemorating the event with a 14-track retrospective disc, Through Glass Colored Roses, and a live in-studio album, Ten White Stones. Another full-length studio effort, the unabashedly psychedelic 21st Century Seance, was released the following year. In 2006 the band released yet another compilation disc, Night Races into Anna, followed by the all new conceptual piece Poison in the Russian Room in 2009.
~ by Jason Ankeny, Rovi.