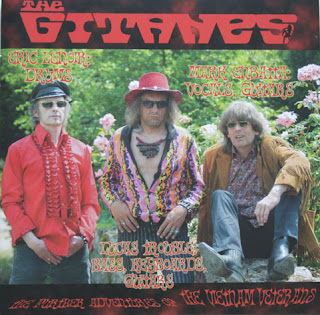 Notes:
- Recorded at the Kaiser Studio
- Inspiration once provided by Sandoz


The Gitanes - Cloudy Draw - Ghost Riders in the Sky
"Ghost Riders in the Sky" is subtitled "a cowboy legend", but the truth is that the legend is much older than the culture of the American West. When it began, no one can say -- its origins are lost in the beginning of time itself.
Certainly it has existed since at least the fifth century BC, when the Greek goddess Hecate rode at its head. Probably there has been a phantom band of riders since mankind first learned to ride. For as long, indeed, as there has been the hunt. more of this from : http://www.unexplained-mysteries.com/ the scenes from the video were taken from the film, sukiyaki western django, by Tarantino.
~ internet sources.


The Gitanes - Cloudy Draw - Inside Looking Out
Download Links:

Normal version :
http://www.mirrorcreator.com/files/0D4NXJC0/The_Gitanes_-_Cloudy_Draw__Fra_2005_.rar_links
Shorter version (You can share this on Twitter or other similar sites) :
http://mir.cr/0D4NXJC0
...and also...

Ετικέτες THE, The Gitanes 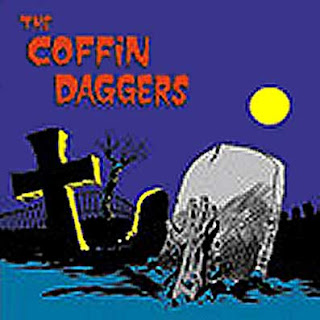 Ετικέτες C, THE, The Coffin Daggers 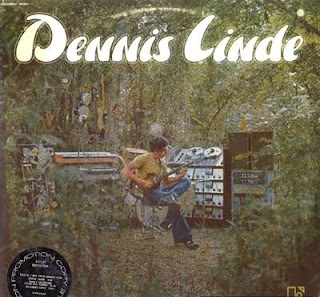 Songwriter Dennis Linde remained a fixture of the country charts for decades, penning blockbusters for everyone from Elvis Presley to the Dixie Chicks. Born March 18, 1943, in Abilene, TX, Linde spent much of his adolescence in St. Louis, first picking up the guitar at the age of 15. During the late '60s, he played in the St. Louis band the Starlighters, driving a dry-cleaning delivery truck by day. When speeding tickets cost him his license and his day job, Linde turned to songwriting, relocating to Nashville in 1969 to join the Combine Music staff (which also included Kris Kristofferson, Mickey Newbury, and Wanda Jackson). Linde scored his first major hit a year later when Roy Drusky cut his "Long Long Texas Road." He also signed a solo deal with Mercury's Intrepid imprint, issuing his debut effort, Linde Manor.
In 1972, Elvis scored his final number one hit with "Burning Love," launching Linde to the forefront of Nashville songwriters. The attention earned him a deal with Elektra, which released his self-titled sophomore record in 1973. Trapped in the Suburbs appeared on the label's Asylum subsidiary the following year, and in 1978 Linde signed to Monument to release his fourth and final solo disc, Under the Eye. He continued his commercial success during the mid-'80s, writing hits for Kenny Rogers ("Goodbye, Marie"), Gary Morris ("The Love She Found in Me"), Don Williams ("Walkin' a Broken Heart"), and Eddy Raven ("I'm Gonna Get You").

However, Linde's finest work emerged during the following decade, when he unleashed his mordant wit on songs for Mark Chesnutt ("Bubba Shot the Jukebox"), Joe Diffie ("John Deere Green"), and Shenandoah ("Janie Baker's Love Slave") -- in 1993, he was named the Nashville Songwriter Association's Songwriter of the Year, and in 1994 earned BMI's Songwriter the Year honors.
Linde made national headlines in 2000 when the Dixie Chicks scored with his bleakly witty "Goodbye Earl," the controversial tale of an abusive husband killed by his long-suffering wife. He returned to the upper reaches of the country charts in 2005 with Alan Jackson's "The Talkin' Song Repair Blues."
~ Jason Ankeny, All Music Guide.
~ Posted by Lizardson 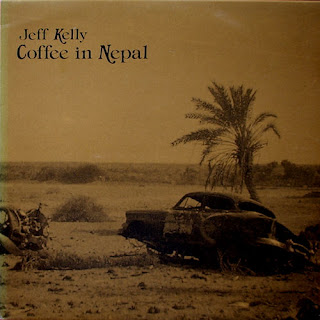 Biography:
Kelly's principal gig throughout most of his career has been as guitarist and frequent singer/songwriter for the Green Pajamas, an unexceptional '60s retro-style Seattle indie band. His solo outings, however, reveal a sensitive singer/songwriter -- in the best sense of that often pejorative term -- who recalls melancholic '60s icons such as Ray Davies and Tim Buckley without aping them. His grainy, straining voice is the very definition of a "yearning" vocalist, and well-suited to the ethereal and clouded romances he often details in his lyrics. Far more acoustic-oriented and simply produced than the Green Pajamas releases, his late-'80s cassette-only albums were among the most overlooked items in the Seattle scene, and indeed in indie rock as a whole.
In the '90s, Kelly continued to make solo releases that generally retained the strengths of his early work while embellishing the arrangements with more instruments and production sheen, with mixed results. While the first of his '90s solo albums (1992's Private Electrical Storm was again a cassette-only affair; in 1995 he issued his first widely available domestic solo CD, Ash Wednesday. This had a fuller band sound and more sophisticated production finish than his more basic cassette releases. 1997's The Rosary and the House of Jade, though a full album based loosely around the concept of an affair with a British spy and as well-produced as any of his prior solo efforts, was originally unreleased, as Kelly limited its production to 50 cassette copies given away to friends. The Rosary and the House of Jade, however, did get released as one CD in the four-CD Australian box set Melancholy Sun, which also included three prior albums (Coffee in Nepal, Portugal, and Private Electrical Storm) that had originally been issued only on cassette. While not exactly a high-profile release, this did at least put much of Kelly's solo catalog on CD, and increased the availability of product by one of the most underexposed American indie rock talents of the '80s and '90s. There is yet another Kelly cassette-only solo album, Twenty Five, which has escaped wide distribution. It was only given to his wife Susanne (who has contributed vocals to some Kelly solo tracks) as a birthday present, and to a few other friends. Kelly has no plans to put it out in its original form, although some of the songs later appeared on releases by the Green Pajamas. Along with the highly prolific period the Pajamas entered into in the late '90s, Kelly also released Indiscretion, which melded Catholic guilt with songs inspired by painters like Balthus and James Tissot and writers such as Matthew Lewis and C.S. Lewis.
~ Richie Unterberger, Rovi
Read more: http://www.answers.com/topic/jeff-kelly#ixzz1BmOji9sF
----------------------------------------------------------------------------------
Review:
Not many people heard Kelly in the late '80s, even within the alternative rock community, for two reasons: his albums were only available on cassette, and his moody folk-rock was totally out of sync with the rest of the Seattle indie scene.
That's unfortunate, as this solo debut revealed him as a tuneful, but not sappy, troubadour singing sad, quirky, but appealing songs. Influenced by late-'60s psychedelia and British folk-rock, with a vocal timbre reminiscent of British rockers such as Ray Davies and the Zombies' Colin Blunstone, the arrangements put acoustic guitars to the fore, with tasty touches of light percussion, sitar, and Casio. Originally issued on cassette only in 1987 by Green Monkey, it also appeared on LP on DiDi Music in 1992, and then as one of four CDs in the 1999 box set Melancholy Sun. That package also included a couple of other albums originally released only on cassette and an otherwise unavailable 1997 album, The Rosary and the House of Jade.
~ Richie Unterberger, Rovi
Read more:
http://www.answers.com/topic/coffee-in-nepal#ixzz1BmJxVzu7
http://www.answers.com/topic/jeff-kelly 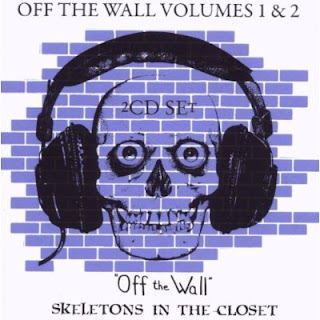 Originally issued by the U.K. imprint Past & Present in the late `80s, these compilations of shockingly primitive, unrepentantly shambolic late-`60s garage rock and psychedelia helped to spark the English freakbeat revival of the early `90s. Though the teen combos on display here are sometimes musically inept, their wild enthusiasm and sneering adolescent cool more than make up for any technical shortcomings.

Once upon a time I walked into Landspeed Records, and the garage rock mania filling the room turned out to be the Primary Colours album from Eddy Current Suppression Ring.  It was good to once again be reminded of the considerable mileage gained over the years from a combination of three chords and snarling attitude.  And given the sheer volume of garage rock compilations that have appeared in the wake of that momentous pre-Ramones Nuggets set released in 1972, the success rate has been pretty good. Off The Wall first appeared on LP in the early 1980s when the garage rock reissue market was still in its nascent phase, and contains bucket loads of impolite hormone saturated rock ‘n’ roll that sprouted all over the place around 1966. It is in fact heartening to consider that raw-beat rock music has maintained its place in the pantheon of the greats because of sheer perseverance, if nothing else. This welcome Off the Wall reissue compiles a bunch of bands that were destined to never receive much attention from the mainstream music industry for the simple reason that the guitars are way too distorted, the production is sometimes a product of the stone age, and that niggling suffering at the hands of the opposite sex is ever present. With this in mind, The Purple Underground with its unrestrained 1967 rave-up Count Back will tell you pretty much everything you need to know.
~ by: http://www.bmamag.com/articles/cd-reviews/20100414-various-wall-volumes-1-and-2-past-and-pre/
----------------------------------------------------------------------------------
‘Every track is a winner in the classic '66-67 punk mold… recycles killers from the Chicago scene along with several here-only rarities from all over’ lysergia. At long last, here is the eagerly-awaited CD debut of two of the most legendary US garage compilations of all time. Originally issued in the early 1980s and featuring 36 of the greatest and rarest American punk sides of the 1960s – from California, Texas, NYC and Kentucky to Ohio, Florida, Milwaukee and much more – it’s plain essential for all fans of heavy rock and roll, and is presented here as a 2-disc set, complete with a full booklet offering biographical information on all the artists, as well as many rare pictures.
~ http://www.theraremusicshop.com/

Normal version :
http://www.mirrorcreator.com/files/2JSGZMU0/V.A._-_Off_The_Wall_Volumes_1___2.rar_links
Shorter version (You can share this on Twitter or other similar sites) :
http://mir.cr/2JSGZMU0
...and also... 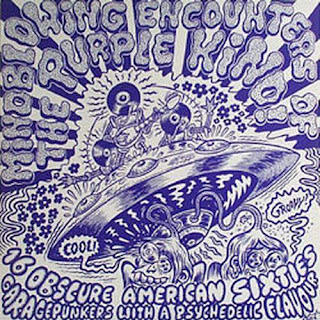 Normal version :
http://www.mirrorcreator.com/files/51UGYOHZ/V.A._-_Mindblowing_Encounters_Of_The_Purple_Kind__1998_.rar_links
Shorter version (You can share this on Twitter or other similar sites) :
http://mir.cr/51UGYOHZ
...and also... 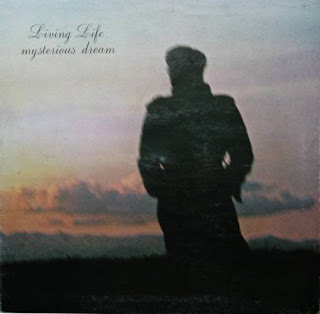 Tracks:
01. Welcome People
02. Mysterious Dream
03. Oldeurope
04. Living with the Music
05. Sliding Through The Clouds Of Cusco

Review:
Drummer Johnny Betti left Circus 2000 in 1972, having played on their debut album, following some contrasts with the rest of the band. He had a jazz background, having even spent some years playing with foreign jazz musicians touring Europe, so he briefly returned to his jazz roots before leaving in Afghanistan for a year.
He reappeared in 1975 with his new band Living Life, also based in Turin and recording for his own newly created Shirak label. The former Circus 2000 guitarist "Spooky" Quartarone was also involved in the Living Life original line-up.
Their debut album, Let: from experience to experience, the first LP release by Shirak, is a fragmented blend of jazz, rock and ethnic music, mostly instrumental with just an English-sung vocal track.
No musician names are present on the sleeve, though seven of them are pictured, and all the tracks are penned by an N.Tibet (that appears to be Betti under a fake name).
The second one, Mysterious dream, came after a six years break;  the group had a new line-up with Betti and bassist Savarro as the only remaining founder members, and some help from original keyboardist Piercarlo Bettini (now known as Swami Zekuta, he had been with I Ragazzi del Sole in the 60's), replaced by Aldo Valente during the recording session.
The five-track LP was totally composed by Johnny Betti and in a more original style than their debut, again with jazz-rock influences but more keyboards-based (no less than four keyboard player are involved) and with good vocal parts like in the 11 minute long title-track, Mysterious dream.
The group disbanded again due to the lack of attention, like many other acts on the small Shirak label(some good folk bands like La Lionetta).
~ by www.italianprog.com/a_livinglife.htm.