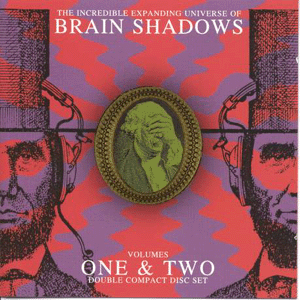 Originally released somewhere in the 80ties on 2 albums, the obscurity is high of this collection but the sound average [for a CD] but that’s something I don’t mind, great Psychedelic/Garage Rock collection from the 60ties. 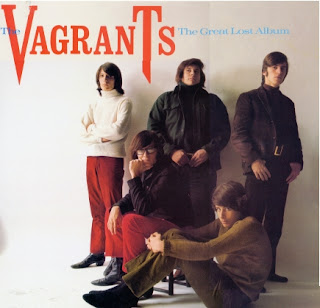 Biography:
Most famous for featuring Leslie West on guitar in his pre-Mountain days, the Vagrants were extremely popular in their home base of Long Island, NY in the mid-'60s, and recorded some decent singles without approaching a national breakout. Like fellow New Yorkers the Rascals, the Vagrants prominently featured a Hammond organ, and often played soul-influenced rock. The Vagrants were far more guitar-based than the Rascals, however, as well as projecting a more garagey, less mature outlook; their later material lands somewhere between the Rascals and Vanilla Fudge.
One of the few rock bands signed to the folkie Vanguard label, the Vagrants cut some fair singles between 1965 and 1968 that suffered from a lack of identity: a Zombie-ish number here, a punk stomper there, a soul-rock thing here. "I Can't Make a Friend," which shows up on some garage compilations, is the most well-known of their initial efforts, but the group took their closest swipe at stardom after Felix Pappalardi helped them sign to Atco.
A rock version of Otis Redding's "Respect" (which surfaced on the Nuggets compilation) was a hit in some Eastern regions, but couldn't compete with Aretha Franklin's rendition, also released in 1967. After a couple of other singles on Atco, the group broke up in late 1968, when West formed Mountain (which also included Pappalardi). Much of the Vagrants' material was reissued in the mid-'90s.
~ by Richie Unterberger (AMG).
----------------------------------------------------------------------------------
Review:
Issued in 1987 and not available for too long, Arista's The Great Lost Vagrants Album is not an actual lost Vagrants album, but a ten-track compilation combining both sides of their three 1967-68 Atco singles, their 1966 Vanguard single "I Can't Make a Friend"/"Young Blues," and two 1966 outtakes. Seven of the ten songs are also on the Southern Sound Vagrants LP compilation I Can't Make a Friend, though that record's missing three songs (the outtake "My Babe," and the Atco B-sides "I Love, Love You (Yes I Do)" and "Beside the Sea") from the Arista anthology.
The Southern Sound comp might have the edge, as it has some tracks not on The Great Lost Vagrants Album, including both sides of the pre-Vanguard 45, one of which, "Oh Those Eyes," is a cool garage rocker with a tune derived from "Walk Don't Run"; the Vanguard B-side "Your Hasty Heart"; and a 13-minute unreleased version of "Satisfaction." And neither of those LPs have been too easy to come by over the years. Got it all? That said, The Great Lost Vagrants Album really isn't a very interesting album, despite its historical significance as the launching point for Leslie West. Other than "Respect" and "I Can't Make a Friend," it's pretty average period 1966-68 fare without much of an identity, mixing varying loads of garage rock, soul, pop, and psychedelia.
~ by Richie Unterberger (AMG).