Riff Raff was a UK progressive rock band formed by keyboardist Tommy Eyre in 1972.The band was a continuation on the back of drummers (and Harrow School of Art friends) Rod Coombes (Juicy Lucy Strawbs and Stealers Wheel) and Joe Czarnecki's (Plainsmen) aka Joe Peter's project originally called 'Crikey' started in 1969 and completed in 1970 when Rod had to accept growing tour commitments with Juicy Lucy.These sessions comprise half of the Riff Raff album 'Outside Looking In' in which Rod wrote half the songs.Rod says that "the concept of the band was based around two drummers and afro-jazz (Rod and Joe were great fans of Ginger Baker and Miles Davis) and fusion(this album was one of the first true fusion albums to be recorded).I had worked with Roger with singer Paul Williams (Juicy Lucy)and Tommy previously and clearly we all enjoyed doing what we do best-playing freely".
Riff Raff later went on to release two albums to lukewarm response; however, their use of jazz and hard-edged rock garnered them a large underground following. Riff Raff also released the single "Copper Kettle". Although not typical of Riff Raff's repertoire, the band were unlucky not to get some chart coverage from the single.[citation needed]
NOTE: This band is not to be confused with a US rock band of the same name (Doug Lubahn: vocals, bass. Ned Liben: guitar. Werner Fritzsching: guitar. Mark Kaufman: drums) who released an album entitled Vinyl Futures (Atco SD-32-108) in 1981 (notable for having a Hipgnosis sleeve design). Also note, not to be confused with the Island recording artists "Riff Raff" 1978, Chris DeMarco, Ray Hennighan, Jimmy Lowell, Ned Liben, David Lanik.
~ From Wikipedia, the free encyclopedia.
----------------------------------------------------------------------------------
Riff Raff came together almost as a natural consequence of the member’s different paths crossing each others at times.
While the Eyre and Sutton pair where working with Mark-Almond progressive duet, they had the time to record an album with Alan Marshall (future Zzebra) and drummer Rod Coombes (future Strawbs), but Mark-Almond became successful in America, so their project (then-named Strabismus) got put on hold. There are also bonus tracks from a recording session of the future incarnation of Riff Raff, with Kirtley, De Souza (and second drummer Kenny Slade).
All tracks (including, bizarrely, the bonus tracks) are written by bassist Sutton and drummer Coombes self-produced, this album is much rockier than the next two Riff Raff albums, and the opening title track is certainly a lengthy energetic number, rather contrasting with its (also length) follow-up Blind Man with its choral middle-section (recorded in the Guilford cathedral).
The Bach piece is much in the line of Blind Man. The side ends with an ultra-short Paranoia (musically-linked to the previous track). Since this album never came out under the vinyl format, it is relatively hard to tell which track would’ve been on which side since Buthelezi is also linked to Paranoiac (and therefore to the Bach piece), but it quickly develops into a drum solo. So far, this unreleased album has reserved us a few surprises, being much more classically-influenced than the next two Riff Raff albums. A bluesier (almost 11-min) To Be Free is certainly still enjoyable.
As for the bonus tracks supposed to be making the link from this unreleased album to the next one, not much is specified as to when the sessions took place, who was still in the group (three drummers for the whole album and two for the bonus tracks). “Child of the summer” is a very nice jazz-laced with soul vocals really announcing the eponymous album and is a small gem, Morning being a bit soul-folk-like, but allowing for instrumental interplay (a good flute-guitar duet), while the 7-min The Garden is a reflective piece offering peaceful ballad-like ambiances.
This “debut” album is rather different-sounding to the classic Riff Raff and is more for the hardcore fans, but still offers a few interesting moments. The bonus tracks are of a bit more interest as they really represent the Riff Raff genesis.
~ (Review from progarchives.com). 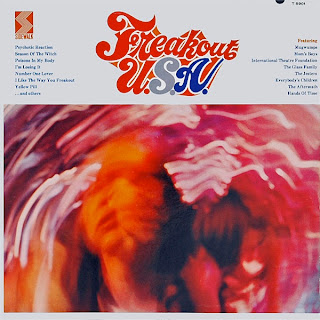 This is one of the better cash-in artifacts of the mid-60s teenquake. Released on the same label that produced soundtracks to American International Pictures biker flicks like The Wild Angels (on which The Hands of Time also appear), and featuring a title track written by an eventual California lieutenant governor. The Aftermath's segues from Standells' styled garage-punk to Jan & Dean sunshine harmonies and back are particularly winning. The Zappa-esque jazz freakout "Poisons in My Body" could be a serious bummer if your trip's not going well, but the fuzz guitar "I'm Losing It" will reel you back in.
~ Internet source. 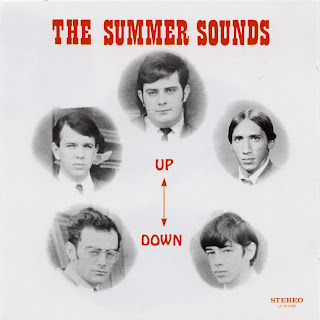 Ετικέτες S, THE, The Summer Sounds 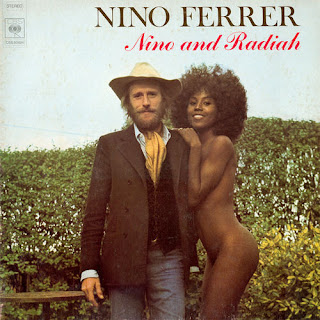 A good album in English by an Italian-French artist. "South" was recorded in London Trident Studio with French and British musicians, all of the other song in Rueil (near Paris) with the group Gee and others. "Le Sud" is the French adaption of "South", and it has become a big hit in France, frequently heard on radios even now. Most of the album has a blues and progressive feeling, and a relaxed tone.
The (now) politically incorrect cover has been replaced on certain reissues by a view of a house in a garden ...
~ by chrismass61 (RYM).
----------------------------------------------------------------------------------
Taking into account Nino Ferrer's personal view of his discography, the album Nino and Radiah should be perceived as his third album (although chronologically this was in fact number seven). It followed the prog rock approach of 1971's Métronomie and the rock & roll leanings of the Mickey Finn collaboration Nino Ferrer & Leggs from 1973. The album is partly named after Afro-American singer Radiah Frye, and her pinup presence flanking Ferrer substantially upgraded the original album cover. Accompanied by the Lafayette Afro Rock Band (aka Ice), Ferrer set out on yet another shape-shifting exercise. Building on the groovy vibe of Métronomie, the album ultimately steers toward majestically orchestrated, laid-back funk. Entirely different from his earlier take on Southern soul, the result requires several listenings before it gently entangles your subconscious and reveals its addictive qualities. Reminiscent of the New Orleans-inspired funk of Little Feat and California singer/songwriters from the same era, it's perfect company for driving the French countryside or West Coast highways. It was recorded in November 1973 and sung in English with one exception. Ferrer's longtime accomplice Bernard Estardy rearranged the track "South," adding some widescreen organ touches. The resulting "Le Sud" had huge commercial appeal, much to the chagrin of Ferrer: he felt the artistic compromise of aiming at chart success had rendered everything else on the album pointless in a similar way to what had happened previously to Métronomie and its leadoff track, "La Maison Près de la Fontaine." However, the royalties did enable him to buy a 15th century fortress in the Quercy region, where he would retreat between albums and divide his time between his family and painting. "Le Sud"/"South" refers to a Louisiana-style mansion situated in Italy: a pleasant and idyllic place where the moody Ferrer seeks refuge from his dark side. Both versions serve as bookends to the album, which works best as a whole. Still, standout tracks are the funky "Mint Julep" (a relative of the Mojito cocktail) with its fuzzy guitar and the lengthy but mesmerizing "Hot Toddy." "The Garden" with its lazy organ and the bongo-laden "New York" sound fairly close to what the French band Air would build an entire career on. Remaining a relatively undiscovered gem, Nino and Radiah is in fact up there with classics like Melody Nelson and Polnareff's.
~ AMG.