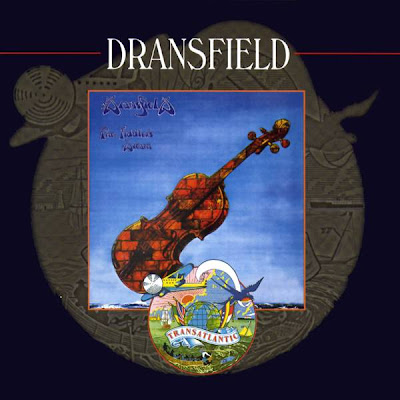 Also Known As: The Dransfields

Biography:
In 1976, renowned English folk artists Robin Dransfield and his younger brother, Barry Dransfield, recorded the album ‘The Fiddler's Dream’ under the name Dransfield. As well as Robin & Barry
Dransfield, the band included vocalist/bassist/keyboardist Brian Harrison and drummer Charlie Smith. The album is a classic folk-rock album. In 1977 the band split up.

Review:
Hearing this album for the first time, it's easy to see why Steeleye Span declined to tour with the Dransfields -- with all due respect to Maddy Prior and company, they'd have been shown-up and then some, based on the evidence here. From the crisp playing on acoustic and low-wattage electric guitars, and charismatic yet honest and unaffected lead and harmony singing to the diverse song selection -- all part of a defined song cycle -- the album was as perfect an example of electric British folk music as it was released in the '70s, and easily a rival for anything this side of Fairport Convention's best work. The voices and the playing strike a perfect balance between the old traditionalist school out of which the Dransfields came and the newer folk-rock school that they'd only begun to embrace a couple of years earlier, and the album itself also gives a nod to the burgeoning progressive folk-rock genre of the era (best embodied by acts such as Gryphon). The Fiddler's Dream is a folk concept album (though the Dransfields themselves would likely have called it a "song cycle" rather than anything that pretentious).
The material all deals with a fiddler's relationship to and effect on an English village -- and not coincidentally; Barry Dransfield was one of the great fiddle players in England during this period, and he has ample room on this album to show a little of what he's made of, though there's also lots of space for great singing by the two brothers and superb dual guitar work by Barry and older brother Robin. The songs all have a relationship to each other that enhances their impact, and they fit together perfectly in their juxtapositioning, with regard to tempo and mood changes as well as subjects. But the playing and singing, and the music, are all so beautiful, on "The Handsome Meadow Boy," "The Fool's Song," or "The Ballad of Dickie Lubber" -- or pretty much everything here -- that one needn't ever have been within 10,000 miles of an English village to appreciate them. Forget Steeleye Span -- based on this album, these guys could easily have rated a spot touring with Jethro Tull when the latter were playing to 30,000 people at a time. The album has aged exceptionally well, and any of the various reissues out there is worth picking up.
~ Bruce Eder. 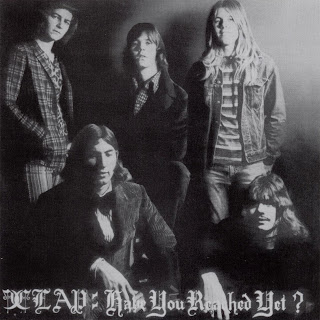 Reviews:
"Like most followers of rare seventies rock esoterica I first heard about HAVE YOU REACHED YET? via the pages of the now-legendary BOMP fanzine. It was the surf issue if I recall correctly, and editor Greg Shaw, in the course of a pretty positive review, mentioned Clap's ability to mix up what seemed like a healthy late-sixties punk rock attitude with the prevailing hard rock winds of the early-seventies from whence this album came. The album was a charm with the hefty Rolling Stones influences so common of the day being reshaped by a strong Shadows of Knight snarl all filtered through an early seventies heavy metal consciousness giving us...a sound and style that although part and parcel to the stoner seventies mentality had a totally unique and refreshing approach that sounded as if it could stand on its own not only in 1972 but 1966 or even 1987 for that matter. It was teenage rock & roll that continued to sound so long after the entire teen mystique of the sixties and seventies shriveled away, yet it was hard enough for even the most experienced pothead at the supermarket to roll joints to during his coffee break.
So for you youngsters here's an example of what "do it yourself" rock used to mean when you pretty much had to create your own fun, energies, and lives even from scratch and for your oldsters, now's the time to drag out the boas, the mascara and the nylons and re-live the post-Vietnam era the right way. Of course if you get arrested don't come complain' to me, but then again wouldn't that only add to the overall glam/slam effect so common during those rather peculiar times?"
~ (Chris Stigliano).
----------------------------------------------------------------------------------
A definite lost gem amongst the pebbles of the 70's garage rock scene, Clap blends a gritty Exile-era stones flair with the sneer that so many of their garage-punk contemporaries brought to the table. Originally released in '73, Sing Sing Records has dug up this classic proto-punk record and pressed it back to its native format. There are hints of NYC pre-punk moves here but since the band was based in Southern California, the sea and sunshine mellow things out with a heavy dose of smoke and an easy strum. It makes for a unique balance of calm rebellion that should have gotten the band much more attention than they received at the time. Plus, with that mix of pop and sneer the album should appeal to fans of current RSTB faves like King Tuff and The People's Temple. Highly recommended that you pick one up!
~ errny-progrockplazerna.