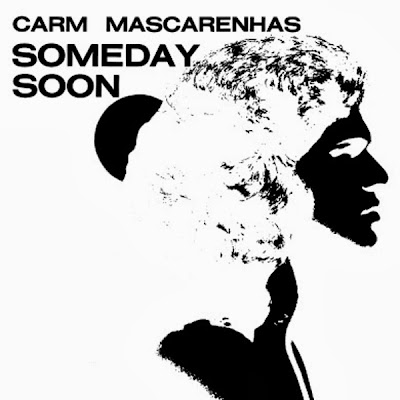 - Folk and folkrock with acoustic and electric backing and powerful vocals. 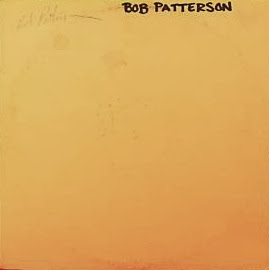 On the inlay:
"This Re-issue [2009 Riverman Music] made under exclusive license from Bob Patterson. Marketed & Distributed by Bella Terra Records. All Rights Reserved. Made in Korea."

Track times don't appear on release (manually clocked).
Track 13 & 14 are bonus tracks.
~ http://www.discogs.com/Bob-Patterson-Instrumentalist-Singer-Songwriter/release/3992905
---------------------------------------------------------------------
Review:
Excellent private press folk LP assembled by the former leader of Elizabeth (Vanguard label psych band) and some friends in a Philadelphia studio (I wonder if he knew Perry Leopold?). This is the original demo version of the LP, issued in a plain cover that Bob autographed in the upper left corner. It was apparently reissued a year or so later with a proper printed cover. Most of the tracks have multiple layered guitars, and eight of the twelve songs have vocals. My pick is the doomy "Darlin' Good Girl" which sounds like the Richard Farina classic "The Bold Marauder" to my ears. A killer little-known gem, if you collect private folk LPs from this era you'll be hard-pressed to top this one for quality and obscurity. I'm sure this demo version is as rare as Leopold's Experiment In Metaphysics LP!
~ http://www.popsike.com/BOB-PATTERSON-1970-PRIVATE-FOLK-PSYCH-LP-ELIZABETH/220311872539.html 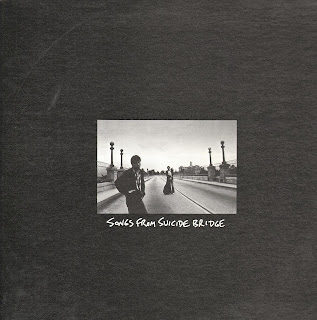 The epic "Life and Times on the Beach" makes Lou Reed's Berlin or John Cale's Music for a New Society sound like a day at the beach.

from what little exists on the web about this LP:

(mid-80's U.S. privat-release of top of the heap loner-downer Singer-Songwriter album by 2 californian guys charming 'em knots 'n plots of mere existential ties, straining 'em poetic whiskers for basic clues ... the way any other's mynd surely fries ... but David & Eric seem to have paid some honest dues!! it's americana Folk 'w/ spills of ramblin' Blues, nightmarish epistles, roses of woe, shreds of euphoric potion, words 'n strings in motion, thorns 'n thistles breakin' eyes in the frozen laughter of a drunkard's whayl dodgin' society's hayl ... a looming cross but no hammer 'n nail ... mostly acoustic strummin' w/ some eerie fuzz-tone switched on somewhere...; quite an exeptional piece and a real find in this field!! the duo went on to release 2 albums as THE DROVERS some miles furthur down the line ... be sure to check these out too!!)
~ http://www.k-fox.ch/index.php/singer-songwriter-i-o/singer-songwriter-k
---------------------------------------------------------------------

Eric Caboor and David Kauffman were two hapless mid-80s LA singer songwriters who liked each other’s songs and who played to tiny audiences for free at places like the Basement in Echo Park. The Basement (literally a basement of a church) had one microphone round which the duo would sit and sing, making fun of themselves in between numbers. They were hilarious; the audience always took it for masterful schtick. After all, the songs (which they played and sang very well) were completely undeserving of their authors’ insults. The greater the audience, however, the more comical their self-loathing. I shared the bill with them a few times, splitting the fee 50/50. Backstage they revealed how they simply could not understand why anybody could enjoy a collection of songs that would soon be released under the title Songs From Suicide Bridge. That’s what I mean by hapless. In this instance, it is a synonym for authentic.

The album was recorded at Eric’s house on a four-track cassette port-a-studio and mixed at the late great Hillside Recording by Norman Stepanski. “He saved our project, man,” Eric told me when I had a project that also needed saving.

They should have gone Somewhere, these two. They were intense. They had talent. Hopefully it’s at least some solace that SFSB is now a highly sought collectors item.
~ CollectorsFrenzy.