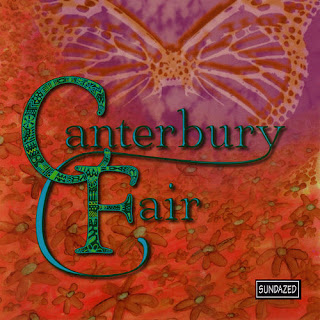 Biography & Reviews:
The Hollingsworth brothers first played together in 1965 with James Holley (who also did time with The Bushmen) in Fresno band The Coachmen. In 1966 the addition of Steve Bryant (guitar and vocals) precipitated a name change to Everyday Things, though Bryant soon left. In 1967 the brothers joined Kings Verses in time for their trip to Los Angeles to seek success and fortune - when this didn't work out Philip returned to Fresno and formed Canterbury Fair with Holleyagain plus vocalist Cheryl Churchman.
John had remained in L.A. for the rest of 1967, attending Cal State. On his return home in early '68 he presented a wealth of newly-penned keyboard material that determined a new direction and configuration for the band - a keyboard-bass-drums format, with the addition Joe Lo Freso (also from The Bushmen) on Hammond.
With continuing apathy from record labels, Holley departed at the end of 1968 but not before securing Corsaro as a replacement, who in turn found them a new manager. The group relocated to San Francisco for a while, eventually returning to Fresno without Corsaro, whose place was filled by brother #3, David. They carried on until 1980 with various string players augmenting the line-up.
The CD comprises 10 tracks from their most creative period (1967 to 1969) highlighting their predominantly instrumental neo-classical or baroque flavoured recitals. Song On A May Morning from their rare 45 is their most commercial offering - a catchy slice of West Coast pop-psych.
Not for garage purists - this should should appeal to those who like soft-psych or the baroque tendencies of The Left Bankeand Ars Nova.
Compilation appearances have also included: Song On A May Morning on Son Of The Gathering Of The Tribe (LP) and A Journey To Tyme, Vol. 2 (LP); and The Man (an unreleased track from the 45
sessions in 1968 that didn't make it onto the Sundazed collection) on Fuzz, Flaykes, And Shakes, Vol. 4 (LP & CD).
~ Max Waller.
----------------------------------------------------------------------------------
Though Canterbury Fair was able to release little music during the late '60s, they did record a good deal of material -- much of it issued on CD about three decades later -- that was unusual for California psychedelia both in its incorporation of classical influences and its absence of a bass player. Formed in Fresno, the band, although initially including a female vocalist, evolved into a trio featuring keyboardist John Hollingsworth, his brother Philip Hollingsworth on bass, and drummer James Holley (later replaced by Sean Corsaro). Featuring original material by both brothers, they developed a sound combining the fashionable ominous heavy rock of late-'60s psychedelia with Baroque classical touches (particularly on keyboards), somewhat along the lines of some other classical-influenced psychedelic bands with keyboards in the lineup, such as the Mandrake Memorial and Ars Nova. Canterbury Fair was not able to attract record company support, however, although they managed to play a fair amount in San Francisco in the late '60s, and kept going until 1980. In 1999, Sundazed released a CD of largely previously unreleased Canterbury Fair material from 1967-1969, also including the A-side of their late-'60s single "Song on a May Morning."
~ by Richie Unterberger.
----------------------------------------------------------------------------------
1967-1969 / US 60's softly psychedelic-pop rock. By skillfully employing a keyboard arsenal and monstrous fuzz-adelic bass, John and Philip Hollingsworth and a couple of pals created epic tapestries of mind-bending sound that were too large for their hometown of Fresno, California. Before long, Canterbury Fair was unfurling its wide-screen soundscapes before the wide-eyed patrons of San Francisco's legendary ballrooms. This collection includes the A-side of the ultra-rare single, "Song On A May Morning" as well as the group's astounding never-before-heard full-length album.
~ Internet sources.
----------------------------------------------------------------------------------
The Canterbury Fair was a band from Fresno California that recorded between 1967 to 1969. The band, led by John and Philip Hollingsworth, skillfully employed keyboards and a fuzz bass to create a monstrous epic sound of swirling tapestries of mind-bending music that was way ahead of its time. Canterbury Fair created a sound the was reminiscent of the Doors but contained elements of the Left Banke and Love. The unique thing about this band is that no one played guitar in the band, the entire sound was based around the organ as the lead instrument together with drums bass and vocals. This collection of 10 songs includes the A-side of the ultra-rare single, "Song On A May Morning" originally released on the small local Koala label as well as the group's never-before-heard full-length album that was recorded but never released and one live track recorded during the band's hey day. The CD package contains in depth information on the band together with rare photographs and reproductions of concert posters. Another long lost legendary band finally resurrected for all to hear.
~ Keith Pettipas 1999 Sundazed collection featuring 10 tracks by this Fresno psychedelic band's ultra rare 'Song On A May Morning' single as well their unreleased album. Recorded between 1967 and 1969. Includes liner notes by Jud Cost.