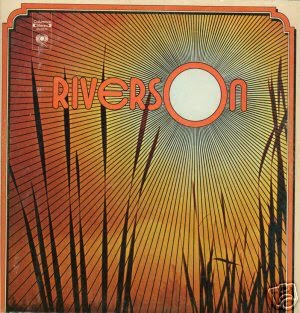 Of all the zillions of CSNY-inspired westcoast hippie rock LPs from the early 1970s, this is one of the very best. Another feather in the cap for the great Columbia Canada office, with an excellent production bringing out the max from these talented longhairs. Clearly out of a "Deja Vu" corner (minus the sugary Nash crap, naturally), the songwriting here is very good, grabbing your attention without being overly commercial, while the band lays down a groove that is both relaxed and tight. You can hear early AOR moves creeping into the hippie stylings, and much like on Homer this is not a disadvantage but helps broaden the album's impact. Female vocalist Franki Hart of Freedom North handles a few tracks, but is given solid competition by the male vocalists who sing just as well. Soaring, lyrical guitar leads recur throughout the LP, and there are some vague prog moves with flute on one track. Clocking in at 42 minutes, this could have omitted 1-2 tracks, and it's a testament to Riverson's strength that the playtime seems warranted. Recommended to anyone with an ear for top-level, upscale 70s westcoast sounds.
~ by: [PL] (lysergia.com/AcidArchives).

With your excellent write up for this album.....thought id give it a listen...thanks for sharing it.

Where is the song called "Between the Lines"?

NEW Rapidshare link posted, with the song "Between the Lines".
Enjoy!