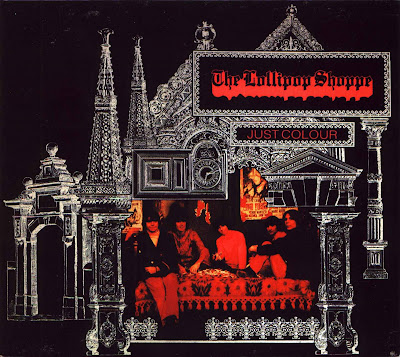 Led by singer Fred Cole, who had formerly been in the Northwest punk band the Weeds, the Lollipop Shoppe's sole album (from 1968) ranks as one of the better psych-punk LPs, and also as one of the better one-shot rock records of the late '60s. Featuring Cole's choked, bitter phrasing, the group staked out the middle ground between the Seeds (who shared the same manager) and Love, with a bit of fellow L.A. psych-punkers the Music Machine thrown in. If comparisons must be made, they were definitely closer in tone to Love than the Seeds, with a mixture of raunch and reflection in the spirit of Arthur Lee. Cole was one of the few psychedelic performers to make a contribution during the punk era, surfacing in the Portland punk band the Rats in the late '70s.
~ [Allmusic.com]

The Lollipop Shoppe were a 1960s psychedelic garage rock band.They were originally known as The Weeds and featured Fred Cole, now of Dead Moon. After The Weeds signed to UNI Records (a now-defunct subsidiary of MCA), their new manager, "Lord" Tim Hudson, insisted they change their name to The Lollipop Shoppe to fit in with the current trend of bubblegum music. The band's actual recordings, including the 1968 LP Just Colour, are hardly bubblegum, but instead a mix of garage rock and psychedelia. The album and its single, "You Must Be a Witch," are regarded as period classics and still prized by collectors, though neither made the charts. The band opened for stars such as Janis Joplin and The Doors, and appeared in the biker movie Angels from Hell. The album has been bootlegged; the Music Maniac label has announced a reissue but it has not appeared. The Lollipop Shoppe released one more single, "Someone I Knew" b/w "Through My Window", before breaking up in 1969. They reunited as The Weeds for a 1971 single.
~ [Wikipedia]

Ετικέτες L, THE, The Lollipop Shoppe

I urge everyone to get this album.Truly a lost masterpiece.It,s worth it for track #2 alone.It shames the Stones attempt at psyche

I would love to know whatever happened to Ed Bowen. Anyone have any ideas?