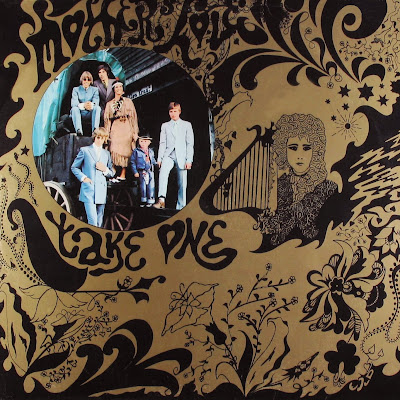 Also Known As: The Dream

Biography:
In 1966 the psychedelic group. Mother’s Love is founded in Tiel, not far from Utrecht in the centre of the Netherlands. One year later two singles and an LP are released of which suprisingly, the album is also released in Italy. The LP is titled Take one and becomes an instant flop. Soon after that, the group name is changed into The Dream. Under this name the single The doting king is released in 1968. By then the band has already more success then they had with Mother’s Love. During their existence over 1.000 concerts are given, with film projection psychedelic background. They also play Paris (Golfe Drouot), London (Speakeasy) and a couple of Dutch double-concerts with Pink Floyd in Amsterdam and Maastricht. In 1970 the band is invited for some popfestivals like Bilzen, Kralingen and the first edition of Pinkpop. They also perform on tv, for over an hour in the program Dit is het begin, where they perform parts of the rock-opera The peacock and the rat. Most important group member is Floris Kolvenbach, composing all songs and writing all the lyrics. In 1969 and 1971 two more singles are relased at minor success but in 1973 it is all over and the band folds. Floris Kolvenbach attracts attention afterwards with the project Mirakel Music and the experimental formation Metal Voices.

Reviews:
he music The Dream makes is mainly sixties psychedelic music with some blues influences, as can be heard on Can you hear me howlin' or on Sleeping rose. Sometimes they remind me of The Kinks (We'll be back yesterday morning) or The Doors (Dino, Four phonecalls). The music is mainly vocal oriented, but there is also a big part for the guitarist. The most progressive track is The diamond and the fool. Unfortunately the CD doesn't give much information on when or where the tracks are recorded, so it is hard to tell how their music evolved. So don't expect some early progressive music from this band, but there are some fine moments on this compilation. Complete unreleased album from Holland's best kept psychedelic secret, from the late 60's. Having formed out of Mother's Love, this band went on to make this collection of tunes which would lay on the shelves for years, collecting dust. This is unheard dutch pyschedelia that will be a must for collectors.
~ by Dirk (citiesonflame).

Please re-up this if possible! I bought the Dream cd years ago but this has never been reissued as far as I know. (Rapidshare link just gives this message: The download for this file has not been enabled. Only the user who uploaded it, can enable the download option.)