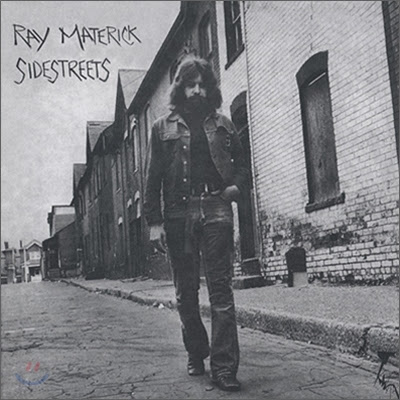 RAY MATERICK
Ray Materick is the son of an evangelical preacher, who had previously played saxophone, trumpet and clarinet in his own dance band, during the 1940s and 1950s. Materick's recording career commenced in 1972, with the release of Sidestreets on Kanata Records, considered to be one of Canada's first independent record labels.[1] The label folded soon after Materick's album was released. His major national breakthrough came with the release of Neon Rain in 1974 on Warner Bros./Asylum Records, featuring the hit single "Linda Put The Coffee On". The album was produced by Eugene Martynec. Materick had been specifically signed by record executive Gary Muth as one of the first Canadian artists on the U.S. Asylum Records label, formed by David Geffen. A number of albums followed throughout the 1970s: Best Friend Overnight (1975) and Midnight Matinee (1976), both of which were produced by Don Potter and featured musical contributions from Daniel Lanois, as well as Fever In Rio (1978). Materick did not continue with Asylum Records, following the release of Midnight Matinee.

During the 1980s, Materick withdrew from music for a period of approximately eight years, assuming employment in a Toronto woodworking company. He later relocated to Hamilton, Ontario.

Materick returned to recording as of 2000, releasing seven albums of new material in two years, and has regularly released new material and compilations since that time. The majority of Materick's later releases have been on his own label, King Kong Records.

In 2012, Materick was subject to two tribute concerts, in Toronto and Hamilton, respectively, by "Honouring Our Own", an organization dedicated to honouring musicians, while living, who have made a lifelong contribution to Canadian music.

In recent years, Materick has been involved in a band project, "Peace On Earth", with Keon Crosswell (bass, guitar) and Dan Kolthof(drums).
~ http://en.wikipedia.org/wiki/Ray_Materick.

I've never heard of this artist. Thanks for the chance to hear him.

Hello from Canada! My friends and I listened to this a lot when it first came out but my LP wasted away a long time ago. It's so good to find it as a CD reissue I never knew about, and with bonus tracks as well! This will be great to listen to. Many thanks.

I neglected to thank you for all your information about Ray Materick. Most of it is new to me. I'll be looking for more of his output. Again, thanks.

Your choices are excellent. Wish you could upload stuff more often. Thanks so much!